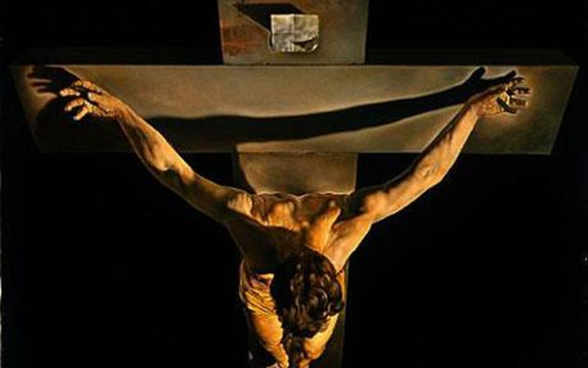 In all the earth there is a land where God decided to start His plan, to bring man back to Himself. The land is Israel. In that land there is a city, Jerusalem. In that city there is a mountain, Mount Moriah. Also known as the Temple Mount. And on that mountain there is a rock. A rock called the Foundation Stone. The most contested piece of land on earth. It is the very rock where Abraham offered his son Isaac to God, and in so doing, allowed God to offer His Son back in return, to complete the covenant between them.

This was God’s way back in, to a world system He had been locked out of. Ever since His kids gave the keys of authority to a fallen angel. He had a plan to get it all back, but it had to be done legally. God will not violate His Word, even if it’s to the Devil. According to both Hebrew and Sinai tradition, it is the same rock where God formed Adam. There now sits a muslim shrine called the Dome of the Rock over the site, which is next to the al-Aqsa mosque. They are in the same compound and are often confused, but they are separate buildings. The mosque was a Christian Church for centuries before Islam was even invented, and the Foundation Stone is the very reason Solomon’s Temple was built where it was, almost 3000 years ago.

The muslims hijacked them both back when their religion was just getting started. Even though it was in Judea, and had been the most holy site in Judaism for thousands of years. That’s alright, the Antichrist will force them to give it up very shortly. There are already plans in the works in Israel to rebuild a Temple right there. It was the first Adam who brought sin into Man, the second Adam bought Man out of sin. The second Adam was Jesus. At the foot of the Mount of Olives is a garden called Gethsemane. The name means place of pressing, and it is the place where Jesus was pressed by his own desires and his own will to get out of dying for a corrupt and fallen world. So that man had a way back to God. He resisted to the point of blood coming out his pores. But in the end, He said to His Father, “never the less not my will be done, but thy will be done.” And in so doing, became God’s answer.

All over the earth there are many charitable and humanitarian organizations attempting to solve the problem of world hunger. Sociologists and psychologists searching for something to modify human behavior. Corrupt nations and their leaders promising peace or wealth, through crooked deals they never intend to keep. Ecoterrorists and animal rights bullies wishing they could force their agenda on those whose choices are different from their own. All of them are spiritual criminals. Every sin is a spiritual crime. The number one killer of all of mankind throughout all of history is Sin. Not something else. Men don’t have the answer, man in his fallen state is the problem. God is the only One who could possibly give the answer, and He’s already given it.

The answer to all those problems is the same answer to all that sin. His name is Jesus!  The problems have already been solved, the answer has been provided.  People just don’t like the answer so they reject Him. Those who refuse the only way out are seeking another. The whole world is searching, but they won’t like what they find. Every man woman and child born into this world system is born into the spiritual condition of Sin and Death. It is in every way as inescapable as your own parents having come before you. The first man and woman were the parents of us all. They were the ones given the authority by God over the entire planet and every creature on it. You and I were not, we weren’t there.

Just as you were not there when your parents were born. You did not get to choose who they were or what they left you, or even where you were born. You had nothing to say about it. Time did not come out of nowhere, time came from God. Time has been given to all men by portion. God did this so that all who would come back to Him, do come back. They have been given time to do this, as it does not exist in Heaven. All of our decisions only and always affect the present moment. Which is the only time we have been given.

In the future all present moments become part of the past, which is actually a record kept in Heaven. It will be opened on Judgment Day, and every single thing you have ever done or not done will be Judged. Even the things you thought were hidden, the things no one could see. The very intentions and thoughts of your heart will be laid bare, and Judged. Everyone will know, and everyone will see. For many, it won’t be pretty. You cannot change what happened before you got here, or the most certain fact that it will all be Judged. But you can decide to stay in what happened before you got here.

Our decisions are incapable of changing the past. Only God can do that. What we have been given is the choice to make a decision, or not to. In relation to time it can only be done one place and nowhere else. It can only be done in the present. You do not have the future and you cannot claim it. He has not given it to you. Many have tried but they all died.

What you have is the portion you’ve been given. We’ll call it a day to keep it simple, as that is what the Bible calls it. The decision itself also has a name in the Bible, it is called repentance. It is actually described as a gift, and is exactly one half of the gospel Jesus preached. The other half is the Kingdom of God. You have to repent of your sin just to get into His Kingdom. It is the only way in. Repentance is the way out of sin and repentance is the way back to God.

The sinful state we were born into is not our fault, but the choice to sin or not to, is an act of the will. Sin is a decision. Just as salvation is a decision. What we are salvaged from is the shipwreck that sin has made of this current world system. Which will all be destroyed. Along with those who choose sin over salvation.  Because God is holy and nothing like sin or us in our sinful state, His Law requires payment for sin. Since sin is an act of the will contained within a living body, the payment God requires is the blood in that body. As the life of the body is in the blood.

That’s what Christ did for us, and that’s what God offers us. A payment that you owed because you chose to sin, made by a friend who chose not to sin – which is the only thing that made His payment acceptable. Jesus did it because God wanted him to. He was tempted to sin in every way that we are, and He was tempted as a man. Jesus was a man, remember. God cannot be tempted. Yes Christ is divine, the Son of God, and the fulness of the God head in bodily form, but the Bible says he set all that aside when he became a man. He had to, it was man He was bringing back.

Jesus did not come into existence 2000 years ago in Palestine, that’s when He came down from where He already existed – to become a man. To fulfill the legal requirements of a God who has nothing to do with sin, so the rest of us could get in. In on this eternal life thing. He has always existed with God from the beginning. Don’t try to figure it all out, there’s a ton of things in the Spiritual Realm you have no clue about. This is just a little bit leaked from the other side. You must always remember that God’s passion is not that you understand Him, His passion is that you believe Him. He wants to reveal Himself to you, but He doesn’t reveal Himself to people who don’t believe Him.

When Adam and Eve sinned, they left their place with God through the spiritual door of Unbelief and Disobedience. To get back to God each of us must go back to Him through the door of Belief and Obedience. Otherwise we are left here in our own sin living under the curse, awaiting destruction. Of our own free will. God will not make you come to Him, you have to want to. It is and must be entirely our own decision. Sin had to be dealt with just to make it possible for us to come back, so Jesus took care of that.  Jesus is God’s answer to Sin. We all must respond, or not. All have been invited to come back, but few have come in. I am so very thankful that I could, and so very glad that I did.

The people who get used by God to expand His Kingdom are not the great and the good in the world’s eyes. They are the people who valued the invitation. Jesus spoke of many who were Invited, but all of them had different excuses for not coming. They had other things to do. How about you. Do you value the invitation. Do you like the answer. I love the Answer. I Love Jesus. Religion has created a jesus that the Bible doesn’t recognize, so I don’t mean that one.

I mean the One and only Son of the Most High, the Son of God. The Prince of Peace and King of the Universe who never did any wrong, yet laid down His life so I wouldn’t have to. He was raised from the dead so I could be too. After going to Hell in my stead, taking back the authority from the Devil, which he stole from God’s kids. Jesus didn’t want to go through it, but He did it anyway. To please His Father. If you come in, He’s your Father too. My Christianity is my response to what Jesus did on the Cross. He is now and always will be, my Hero.

Foundation Stone inside Dome of the Rock shrine